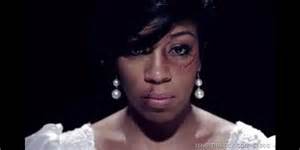 Veronica was wrestles. Dan instructed her to go to bed by 9pm. He expected her to wear special clothes before she went to sleep. He would be in by 9:15pm to have sex with her. She found sex with Dan degrading and humiliating. Afterwards Dan went to sleep. Her sleep was short, and easily interrupted. The following day, Veronica noticed that her hands were trembling when Dan got up asking her to cook breakfast. She found herself having less time to think about things she wanted to do in her day and more time thinking about would make Dan happier. Her friend called several times. She stared at the phone thinking about what would happen if she answered.  Several weeks past. She barely answered the phone at all since Dan told her he didn't want her to talk to her friend. It had advanced to his insistence that she would not answer the phone. Dan put a tracker on her phone to list times, record conversations, and send him copies of her text messages. He would come home and tell her about conversations she had with other people scolding her for her disobedience. Eventually, Veronica thought she was getting better at managing her relationship because she never went anywhere, barely answered the phone, and was ready to give Dan a performance report of everything she had accomplished during the day. She felt proud that Dan hadn't yelled at her once that week. Towards the end of the week, when Veronica was giving her routine report, confident she would again get the praise of her husband,  things didn't add up to Dan.  He accused her of cheating on him. He smiled and told her caressing her hair that if he caught any man trying to talk to her he would make sure he understood that she was married. He told her that if she didn't get better at making her routines he was going to tell her parents that she was unfaithful.

​Veronica was exhausted. Mentally, emotionally, and physically drained, she decided she had to do something.

What are the signs that indicated Veronica was being abused?

Do you understand how to identify behaviors that indicate power and control issues that can lead to Domestic Violence?

Test Your Knowledge
(Choose an option for Veronica)