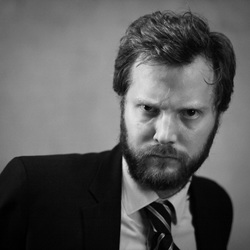 Dan was driving on his way home, a little earlier than usual. He had to take a couple of spins around the block because of the information that he just received.  He'd been thinking about how wrong his department meeting went. He was tired of those jerks always looking him over. Every time he seemed to get ahead of the game it was like management pushed him two steps back. But today was different, he was given a pink slip and told that his job was ending. His supervisor said it was due to budget cuts. Preoccupied and involved about what he was going to do to support his wife and two kids he grimaced as he drove into the driveway.
Veronica, Dan's wife, from the kitchen heard Dan's car pull up like clock work. She was on the phone with her friend Jessica. The kids took their sandwiches and went out to the backyard to play. She, sprucing her hair up, placed the phone down and went to greet him at the door. Dan liked things done a certain way. This was one of the things she liked about him. She felt like his sense of direction seemed to make things more stable for the family. Opening the door, she smiled at Dan as he approached the entrance. Dan did not return her greeting. He walked right past her, straight faced and put his items on the floor in the closet, and walked to the bedroom. Veronica decided to approach Dan and ask how was his day. He said in a firm voice. "Don't bother me right now. I am busy. I don't have time to talk to you right now. You always are making conversations with me at the wrong time. Don't you get that I need time to unwind?"  He says a few curse words and makes his way to the living room grabbing a beer on his way through the kitchen.  Veronica had forgotten that she was on the phone. She looks at it sitting on the counter and says, "hello?" Her friend  heard it all.. She says to her..."Girl...that man needs some help. That's not normal." Veronica laughs it off and says...he's probably just had a hard day. He will be fine as soon as he unwinds." Just then, she turns around to see Dan standing there. He asks who was she talking to? He tells her to get off the freaking phone and to do something constructive around the house. She tells her friend she's got to go. She will call her back.  Dan looks at her and forbids her to ever talk to her friend again. He brushes past her bumping her with his shoulder. He mutters under his breath, "I don't know why I even married you. If it wasn't for the kids I would have left you a long time ago." Veronica gets tearful. She thinks to herself, "This was all my fault for being so insensitive. Maybe next time I will tone it down a notch. Be more sensitive to his situation...Then we will all be happier."
Can you identify Dan's signs of being an abuser?
Continue